The MOD’s decision making foundation is based in part on Tilly’s (2008) data-based decision making model. Similar to approaches used in Response to Intervention (RTI) models, the MOD uses a systematic set of steps and ECI data to identify appropriate intervention strategies. These steps summarized in the diagram and description below: 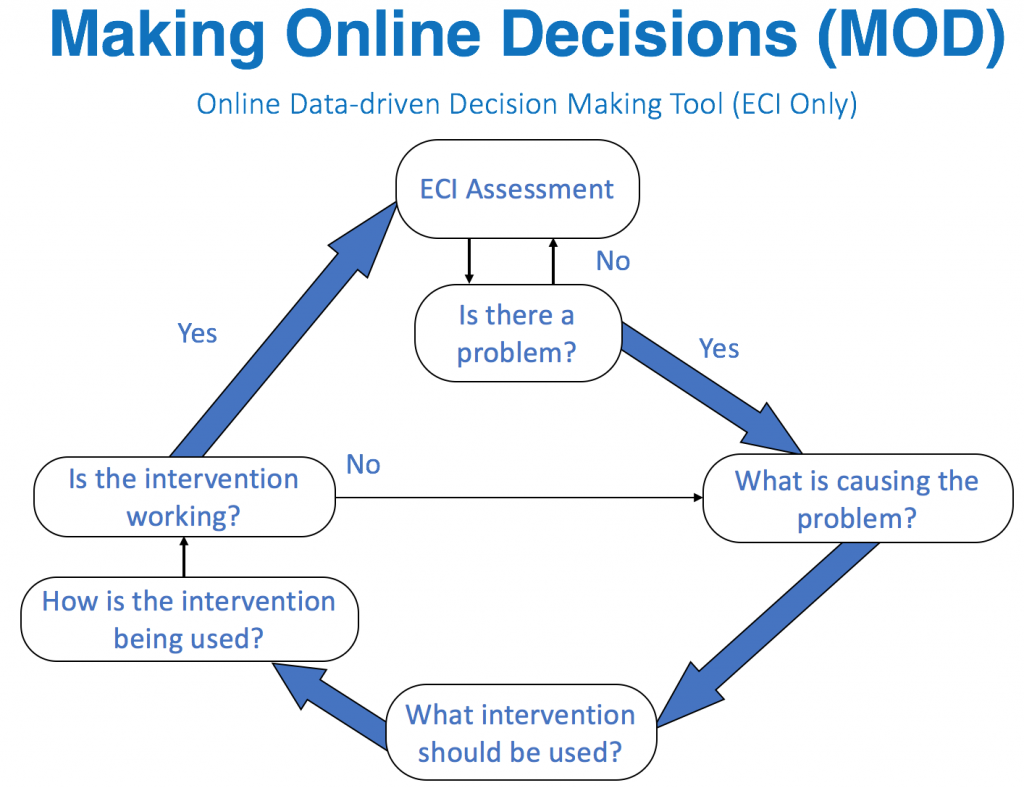